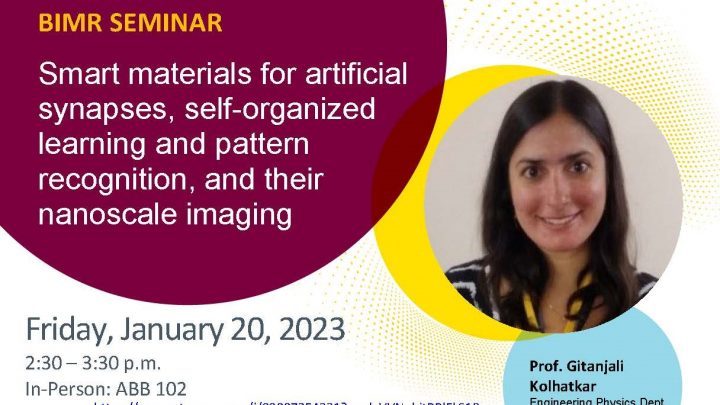 Nowadays, deep learning and pattern recognition has become omnipresent in our lives. However, the algorithms they rely on require a lot of energy, thereby resulting in a very high carbon footprint. This could be overcome by completely redesigning the current computer hardware architecture to make it similar to that of a human brain. A human brain possesses an unrivaled ability to perform cognitive tasks in parallel with very little energy (20 W for the totality of its operations). This is ensured by our neural system, which is composed of neurons interconnected by synapses. Our ability to learn is due to a change in synaptic conductivity induced by voltage pulses, known as action potentials, sent by the neurons. This change in synaptic conductivity can be directly reproduced in ferroelectric materials. Such materials are wide bandgap semiconductors that exploit a phenomenon called resistive switching, where their resistivity is varied by an applied voltage, similar to the action potential of the brain’s neurons.

In this talk, we will see how artificial synapses can be fabricated using ferroelectric materials. Using spike-timing-dependent plasticity experiments, we will demonstrate their potential to mimic biological synapses and perform cognitive tasks. By comparing our results to theoretical models, we will discuss how their performances could be improved by optimizing the material quality and getting a better control of its microstructure. We will then explore how nanoscale imaging techniques could be exploited to gain the knowledge required to control this microstructure, improve the material quality, and fabricate highly efficient artificial synapses that in turn will be integrated in artificial neural network and form the next generation of highly energy efficient computers.

Gitanjali Kolhatkar is an Assistant Professor in Engineering Physics. She holds a BSc and an MSc in Physics from the University of Ottawa (2008 and 2010), and a PhD in Electrical Engineering from the University of Sherbrooke (2014). She conducted a postdoctoral fellowship at the Institut National de la Recherche Scientifique (2015-2019). In 2019, she was an invited professor at the Munich University of Applied Sciences, where she gave lectures in the Micro- and Nanotechnology graduate program, in addition to conducting research. From 2019-2022, she was an Alexander von Humboldt fellow at the University of Kiel, Germany. Her research interests and core expertise include structure–function relations in a variety of materials for applications in photovoltaics, memory devices, smart sensors, and artificial synapses.